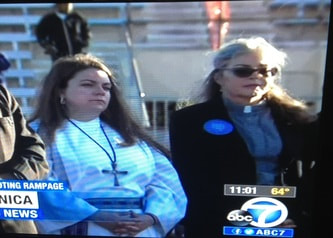 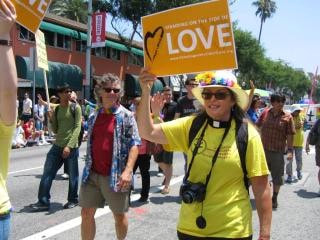 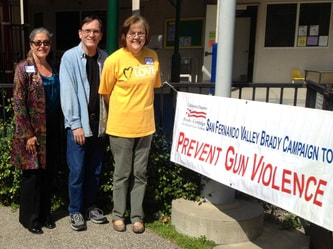 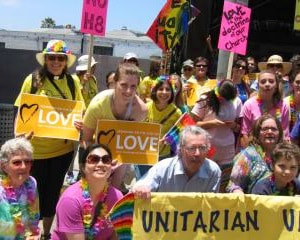 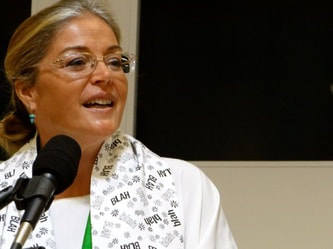 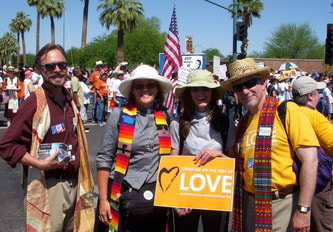 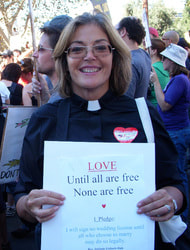 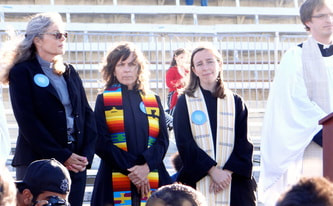 The year that I was awarded Preliminary Fellowship through the UUA, the speaker at the General Assembly Service of the Living Tradition told a story in which babies were being found in a river and people were on the banks pulling them out.  As I recall, he said that was pointless: the only kind of ministry that is worth anything, is the kind that brings you to the mouth of the river, in order to stop whomever is throwing them in there in the first place.

The crowd went wild with cheers, and I felt myself shrinking back, wanting to call out:  "It's not either-or!  The world needs healers and teachers and organizers, it needs boat builders and baby-sitters, as much as it needs people on the front lines."  Thankfully, I am now in a position to share that message, and empower individuals at all life stages to "do what they can".

One of the challenges I've come across in serving smaller congregations, some of which were situated in extremely politically conservative areas, was the reluctance to be visible in the wider community around any issues considered "controversial".  I've even had one congregation ask me "not to preach on any political issues".  Aside from reminding them of the freedom of the pulpit, my often-repeated response was something along the lines of:  "Religious identity and civic identity are inextricably linked!  Ideally, our religious values inform every aspect of our lives.  So, you can expect me to speak with thoughtful integrity on a wide variety of issues, including those you may consider political or controversial.  And I hope you will, similarly, share your own thoughts - because that is how we learn and grow together."

It gives me great delight to note that this congregation is currently engaging in a campaign to "be bold":  to do more than charity (which it has been doing very well), and to identity one important cause behind which it will rally.  Some of the ideas generated so far:  gun violence, sex education, reproductive justice, fair wage, voting rights.  More cottage meetings are planned for the coming months to assure that everyone has a chance to voice their thoughts, concerns, questions, and ideas.

The areas I, personally, been most passionate about are:  reproductive rights, anti-bullying, working with GLBTQ communities and with agencies serving those with mental illness, those who are unhoused or dealing with addictions.  I co-founded the PSWD Addictions & Recovery Ministry, marched on behalf of immigration reform and have been participating most recently in Gun Safety regulation initiatives.  I participated in a certification program for certification as Domestic Violence Advocate.  When Prop 8 was introduced, I even took a public vow not to officiate weddings (see below).

What most inspires me, however, is being able to preach on these subjects in a way that, over time, heals some wounds, eases some resistance, opens hearts and minds, and empowers people to more fully connect their religious values with the real world.